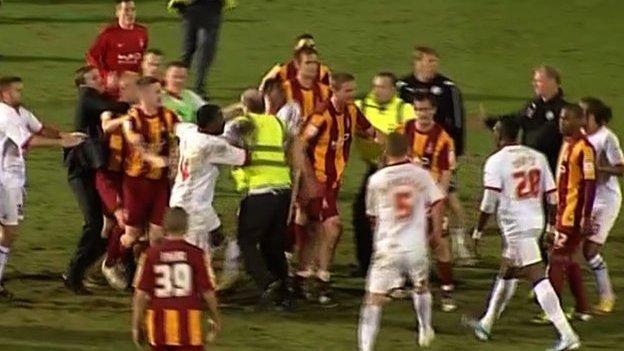 Bradford City have accepted a Football Association charge for failing to control their players after the match against Crawley Town last week.

The Bantams have requested a personal hearing with the FA to put forward a case in mitigation.

Phil Parkinson's side are currently 20th in League Two.