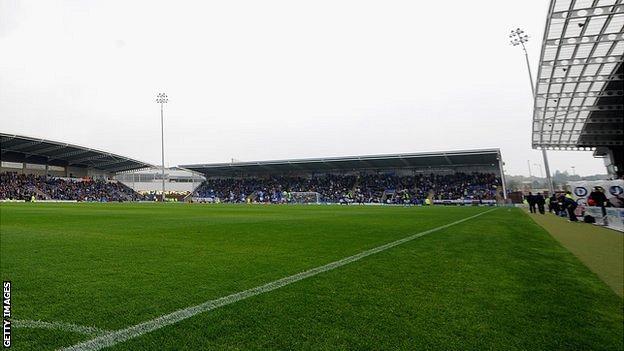 Chesterfield chairman Barrie Hubbard has announced he is to step down from his post at the end of June.

The 73-year-old has been involved with the Spireites for 29 years.

He told BBC Radio Sheffield: "I think it's time now. It's been a long time and a lot has happened at the club during that period.

"We've moved to a new stadium now and we've been here for a couple of years. I said in my first meeting 29 years ago that was a priority."

He added: "It'll be a wrench to leave, I'll miss everybody but the main thing is the football club.

"We've had some great times and some bad times but I think it's in a better position now than at any other point during my time here."

The Spireites won the Johnstone's Paint Trophy at Wembley last month but look destined for relegation from League One after just one season in the third tier.

Hubbard is hopeful that current chief executive Dave Allen will take over when he leaves.

"He's the majority shareholder and he's got a large amount of money in the football club and I think he should become chairman," he added.

"That would be the icing on the cake for me, if he took over. He's done a lot of work behind the scenes here and this is his forte."