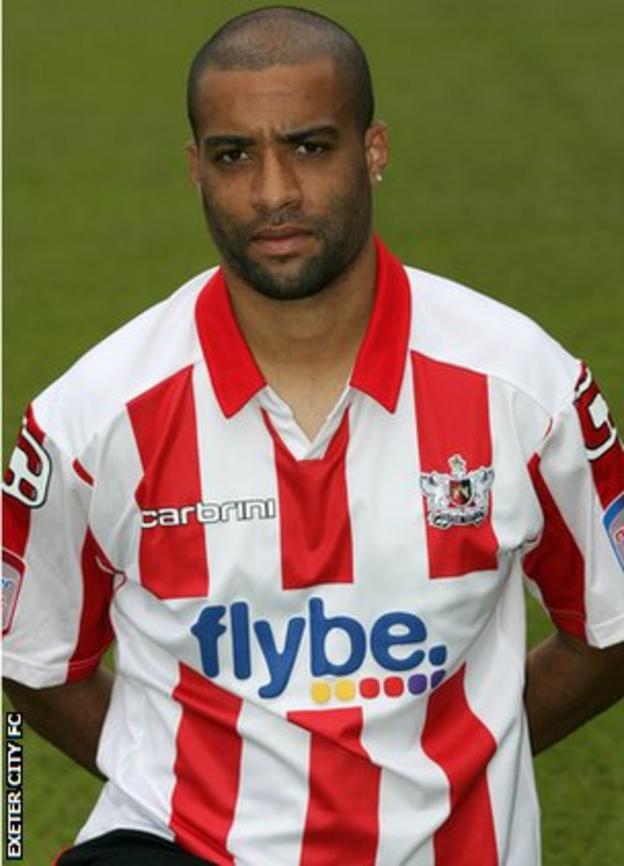 Exeter City striker Richard Logan says his chances of staying at St James Park past the end of the season are "bleak".

Logan is one of Exeter's longest-serving players, having joined from Weymouth at the end of January 2007, but is out of contract in the summer.

"I've not even been in the squad for the past few games so it looks pretty bleak," he told BBC South West.

"I'd love to stay here, but if I don't, I've had a great time and I'll always wish the club the best."

Logan has scored 48 goals in 214 games for the club, with half of those appearances coming from the bench.

He has been part of City's rise under manager Paul Tisdale which saw them get promoted from the Conference to League One in consecutive seasons between 2008 and 2009.

Logan had been something of a journeyman before joining Exeter.

After beginning his career as a youngster at Ipswich Town in 1998 he signed for Boston United and Peterborough, as well as having loan spells at four more clubs including three months at Exeter's neighbours Torquay United between December 2001 and March 2002.

"It's probably been the most settled I've ever been in my life," added Logan.

"Since I've been here I've felt wanted and the club and the fans feel like a family to me, so obviously to leave is going to be sad.

"But when you've got a family you've got to just still go out there and do whatever happens and try and find a new club.

"Exeter's amazing. I'll never want to leave, I still want to be living here when I finish because it's a great place to be.

"Hopefully I'll get to come back one day, whether it be coaching or anything."

And he says if City, who are eight points adrift from safety in League One, can stay up, it will be the greatest achievement in his career.

"It'll be even better than the promotions we've had because the table's not looking the greatest, so if we can get out of it now it'll be one of the best achievements since I've been here," he said.