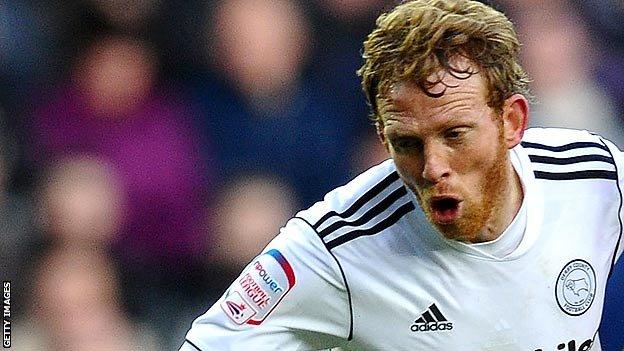 The Republic of Ireland international's deal expires in the summer and contract talks broke down earlier in the season.

Rams manager Nigel Clough has expressed concerned that the 28-year-old will leave on a free transfer, but he still hopes Green will remain at Pride Park.

Green has impressed since returning from a long-term knee injury, making 26 appearances since November.