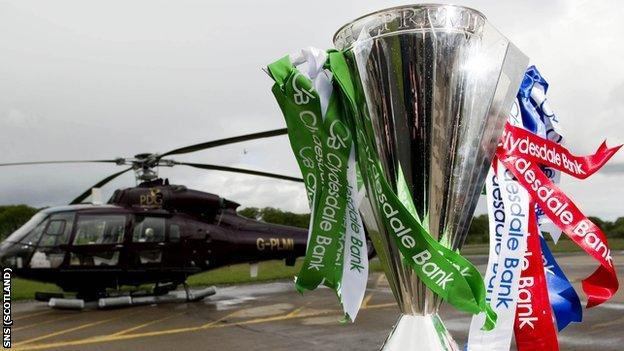 The Scottish Premier League will not present Celtic with the title trophy at the next Old Firm match, even if they have been confirmed as champions.

Celtic, who face Kilmarnock on Saturday, need one more point to secure the title and their next home match is against Rangers on 29 April.

Normal protocol would be to present the trophy at the winners' next home game.

A presentation at Celtic's midweek match against St Johnstone on Thursday 3 May is also unlikely.

Celtic's only other home match this term is against Hearts on the final day of the SPL season, 13 May.

Rangers were awarded the trophy at Rugby Park last season because the title was decided on the final weekend of the campaign.

The SPL has traditionally tried to avoid making the presentation at away grounds.