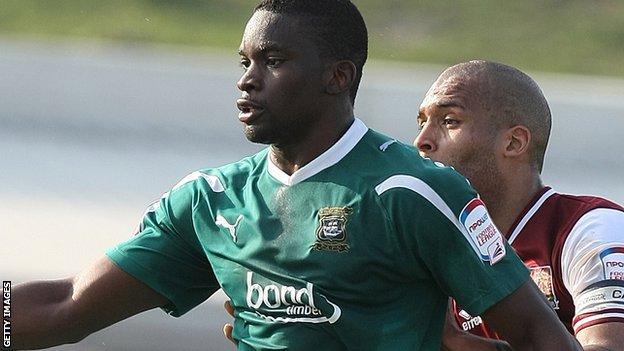 Plymouth Argyle manager Carl Fletcher says he is pleased with the strength-in-depth he now has in his strikeforce.

Juvhel Tsoumou scored his first goal for the club in the 1-0 win over Bradford on Saturday while new loan signing Steve Fletcher made his debut.

"We've got five strikers and all of them are vying to play, they all want to play and all want to score goals," Fletcher told BBC Radio Devon.

"It's great for me to have the competition for places."

Fletcher added: "They all bring something different which is what I'm pleased with."

And he says he is happy with the way Tsoumou has been performing in recent weeks after his January loan move from Preston.

"He's been playing, he's got a bit of confidence and that's pleasing from our point of view," added Fletcher.

"I'm pleased that he's scored as that's what strikers like to do as it breeds confidence."