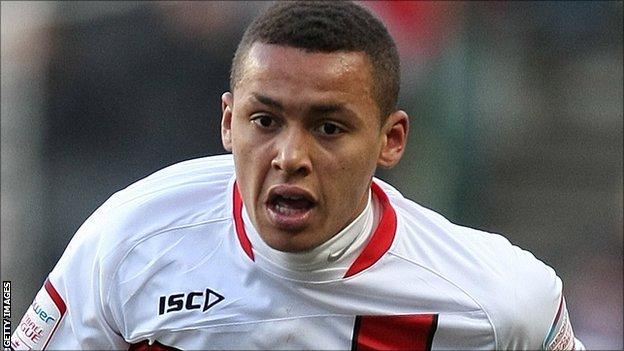 Newcastle United have recalled James Tavernier from League One side MK Dons under the terms of the loan deal.

The 20-year-old defender had a 24-hour recall clause which was taken up by manager Alan Pardew after injuries to Fabricio Coloccini and Steven Taylor.

"It was another loan spell which allowed me to go out and play games, which is what I need," Tavernier told the club website.

"A knee injury stopped me from playing a few games but I still enjoyed it."

He added: "Hopefully they can go on and get promotion."