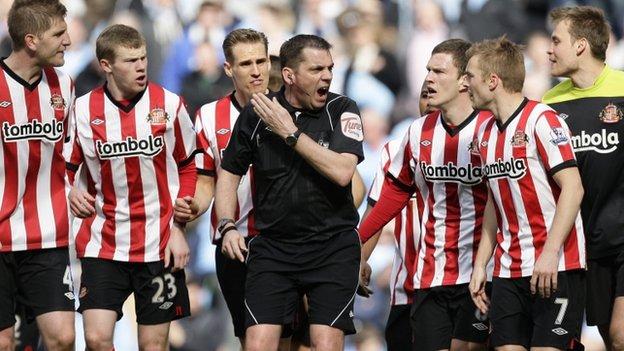 Sunderland have been charged by the Football Association for failing to control their players during the 3-3 Premier League draw at Manchester City.

The FA said Sunderland failed "to ensure players conducted themselves in an orderly fashion".

The visitors restored their lead via Nicklas Bendtner's header and extended it when Larsson met Bendtner's cross.

But Balotelli fired in his second before Aleksandar Kolarov drilled home to rescue a draw.