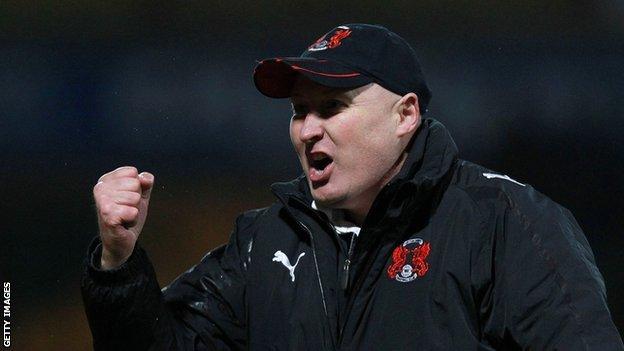 Leyton Orient boss Russell Slade is confident that his side will not be drawn further into the League One relegation battle.

The O's lie five points above the drop zone with six games remaining.

He told BBC London 94.9: "It's been a really frustrating and difficult time for me, the fans and the players.

"We're still in a situation where it's in our own hands. If we can get a win in the next two games that will ease the pressure on us."

The 3-1 defeat by Huddersfield on Tuesday was Orient's 10th home defeat of the season and Slade says they must improve their form at Brisbane Road.

"You want to do well in front of your own fans and put on a performance and we haven't done that enough," he added.

"We need to get it right one or two more times to make sure we are safe.

"We need to take care of that business, put the season to bed and start a new campaign next season on a positive note."