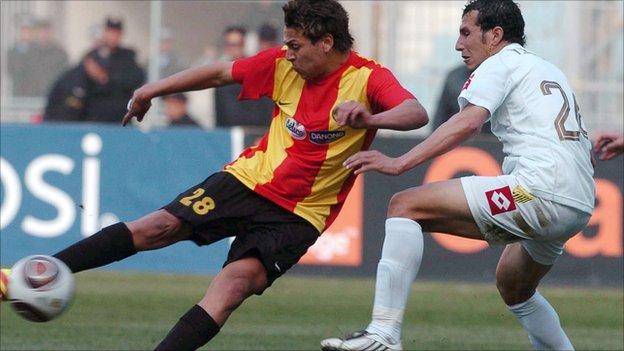 Title-holders Esperance can book their place in the African Champions League second round with a win at home to The Gambia's Brikama United on Friday.

A goalless draw will also be good enough to take the Tunisians through, having scored an away goal in the 1-1 draw in the first leg.

They will play the match under Faouzi Benzarti, who took charge of the Tunis side for a fourth time late last month.

Compatriots Etoile du Sahel are also in action on Friday, against APR.

A score draw for the Rwandan visitors would take them through and create a major upset, after the first leg ended goalless in Rwanda.

The third game to be scheduled for Friday is the Sudan-based clash between Al Hilal and DFC 9eme Arrondissement, also known as Diplomats, of Central African Republic, with the visitors trailing 3-0.

But the side with the greatest challenge this weekend is undeniably Raja Casablanca of Morocco, with the three-time African champions needing to overturn a 5-0 thrashing by Ghana's Berekum Chelsea.

Sunshine must overcome a 4-1 drubbing when they host Recreativo do Libolo from Angola, who knocked out South Africa's Orlando Pirates in the previous round.

"My boys may not have achieved the emphatic victory we hoped for, but I still believe in them and I am confident of a good result in the return match," Dolphin handler Stanley Eguma said.

We are going to Nigeria with just one thought - victory

In other games, six-time African champions Al Ahly will play a rare competitive match when hosting Coffee, with the game in Ethiopia having ended goalless.

The Cairo giants must be careful though, having drawn against Coffee in Ethiopia in 1998 - only to be knocked out on away goals when drawing 2-2 in the return leg.

There has been no domestic football in Egypt since the Port Said disaster, but Zamalek are also in action this weekend - taking a 1-0 lead over Africa Sports of Ivory Coast to Abidjan.

Also hosting in Ivory Coast this weekend are Amadou Diallo who will be trying to protect a 2-1 lead against Algeria's JSM Bejaia.

Two former champions from DR Congo are also in action as Vita Club and TP Mazembe host AS Chlef of Algeria and Zambia's Power Dynamos respectively - with both first legs having ended in draws.

Another team to draw their opening game away from home were Moghreb Fes, with last year's Confederation Cup winners hosting Horoya of Guinea with the aggregate balanced at 1-1.

Mali's Stade Malien and Djoliba are supposed to be in action, against Tonnerre of Benin and Uganda's URA respectively, although the latter side have not travelled to the match following governmental advice.