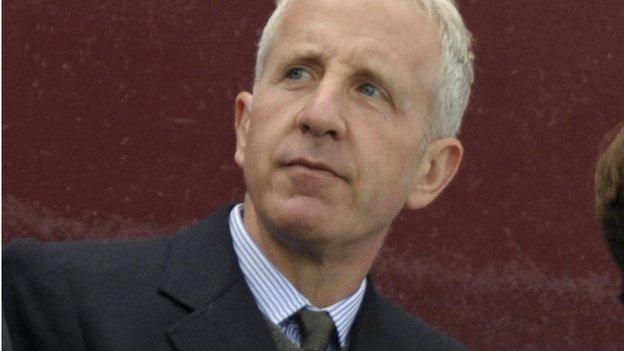 The 32-year-old began treatment in a London hospital this week after being diagnosed with the condition.

Lerner has spoken to the players about Petrov, who he visited this week, and urged them to take charge of their remaining matches.

Villa are only five points above the Premier League relegation zone.

They were missing eight senior players for last weekend's defeat by Chelsea.

Villa manager Alex McLeish said Lerner had rallied the players and said "a few words about Stan and said we were all standing toe to toe to support him".

"But he also told the players to be strong themselves and be in charge of their own destiny for the remaining eight games.

"He told the lads to have the confidence and belief in themselves and for the youngsters to really make a go of it.

"It was good for [Lerner] to do that with the boys."