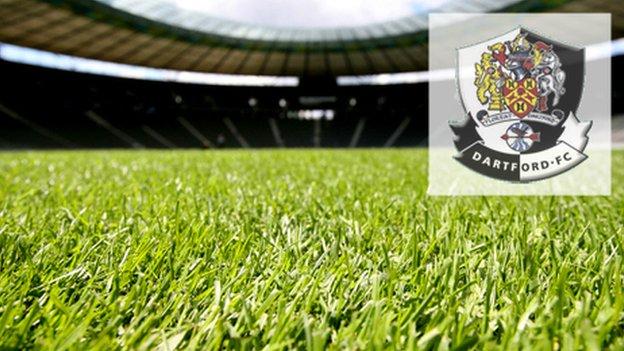 Dartford captain Elliot Bradbrook says the side are not giving up on the Blue Square Bet South title despite already securing a play-off spot.

The Kent side are eight points behind leaders Woking with a game in hand.

The 27-year-old told BBC Radio Kent: "We've achieved our aim and anything else is a bonus. It's nice to still be involved right at the end.

"We'll keep trying to do our best in our games and keep an eye on Woking. They've got a bit of pressure on them."

He added: "With five game left, anything can happen."

And Bradbrook believes that the Darts' experiences in Blue Square Bet South last season, when they finished 10th, have helped the side in their promotion push.

"We brought in some players that have really helped us out in key positions," the midfielder continued.

"Much of the squad is the same as last year. If you look at our form from Christmas last year, we were definitely a play-off team."