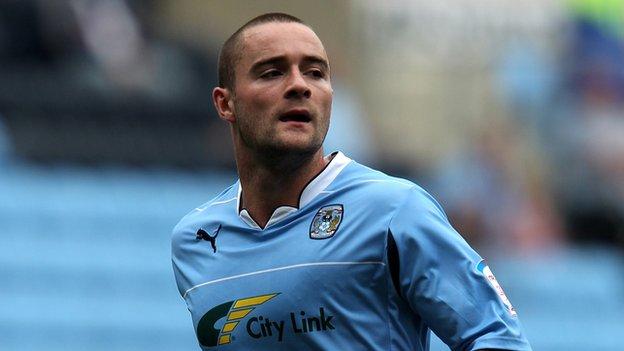 Coventry City manager Andy Thorn has revealed that James McPake cannot be recalled from his loan at Hibernian.

The Sky Blues are down to five fit senior defenders after Nathan Cameron and Richard Wood were ruled out for the rest of the season.

"Because it's a different country, (the loan) works until the end of the season. We'll just get on with it."

Cameron had surgery to rectify a knee problem, while Wood faces a race against time to feature in City's run in and is likely to go under the knife in the summer.