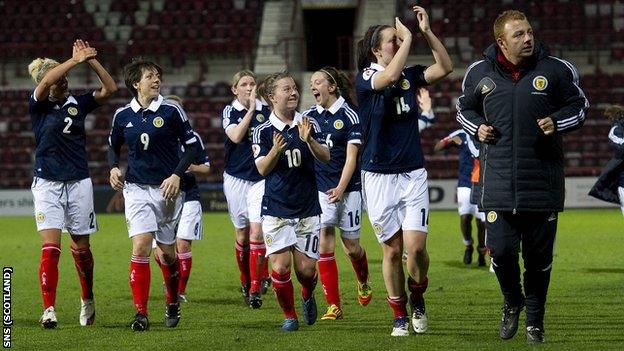 Scotland scored two late goals to come from behind and beat the Republic of Ireland in a dramatic Uefa Women's Euro 2013 qualifier at Tynecastle.

Denise O'Sullivan headed the visitors in front after four minutes.

Irish keeper Emma Byrne made a series of impressive saves, including stopping a 58th-minute penalty from Kim Little.

But Byrne was finally beaten by a Rhonda Jones header on 86 minutes and 60 seconds later Christie Murray powered in a shot from 20 yards.

The win lifts Scotland to second place in Group 4 on seven points from four games, behind France, who have taken maximum points from their six matches.