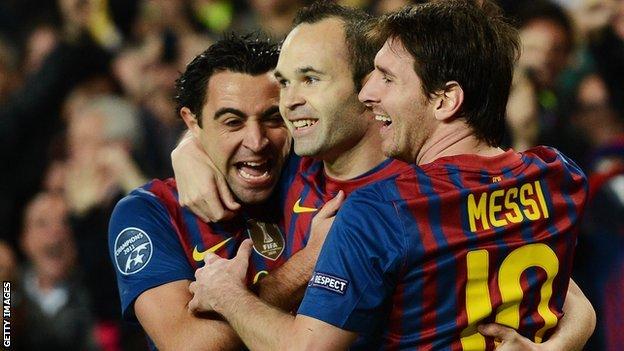 The west London club are currently fifth in the Premier League, five points behind Arsenal and Tottenham.

The Blues could still qualify for next season's Champions League if they beat Barcelona and go on to lift the trophy, but Gourlay said fourth is the target.

"I think finishing in the top four is the ultimate challenge for the club now," he said.

"Everyone talks about the Champions League but to finish as high up as possible in the Premier League is very important.

"Everybody in the business knows the objectives of the football club. Everybody is very clear and buys into it," Gourlay added.

The Chelsea chief executive has said they do not fear the Spanish champions ahead of their Champions League semi-final meeting.

The first leg takes place at Stamford Bridge on 18 April.

Gourlay told BBC Sport: "As far as fearing them goes, I wouldn't say there's any fear.

"There's the utmost respect of what Barcelona is and how they play their football but not fear. I imagine that respect would be mutual."

Gourlay also warned against complacency in the Premier League, adding: "The job is not done yet. The biggest danger is to get carried away.

"We need to give respect to Wigan and Fulham, the upcoming games, then the games after that."

Caretaker manager Roberto Di Matteo has overseen success in the Champions League, since replacing sacked Andre Villas-Boas, including the dramatic victory against Napoli followed by triumph over Benfica.

When asked about the club's managerial situation beyond 2011-12, Gourlay said: "We've set some high goals between now and the end of the season. We can't let external things get in the way.

"Robbie [Di Matteo] has got our utmost support. Everybody is pulling in the right direction. We have an interim manager until the end of the season and some big games coming up.

"Let's just get through these games and we'll see where that takes us at the end of the season."