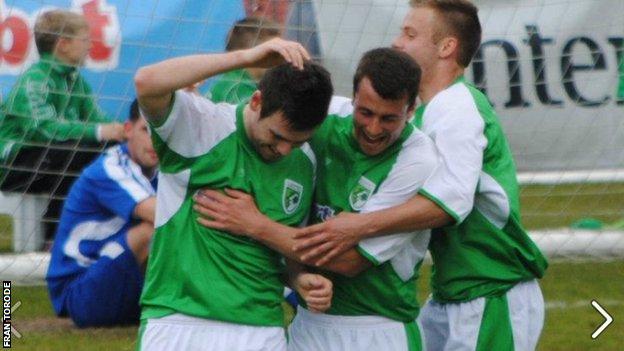 Guernsey FC cruised to a 5-0 win over Staines Lammas in their penultimate match in the Combined Counties League Division One.

Glyn Dyer made it 3-0 just before half-time and Dominic Heaume added two more in the last 10 minutes.

Champions Guernsey are 14 points clear at the top of the table.

"We all know that the game didn't have any bearing on the league, but it had an awful lot of bearing for the lads to show their abilities.

"These games are also a showcase for those aspiring to get into the Muratti squad, so I was pleased all round by the performances."

Guernsey have one league game left at home to Spelthorne Sports on 28 April before the CCL's Premier Cup final against Colliers Wood United on Friday 4 May.