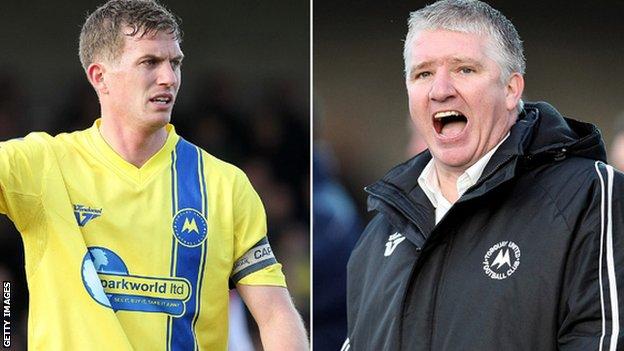 Manager Martin Ling was awarded March's award for best boss after leading the second-placed Gulls to five wins and a draw in their seven games.

Meanwhile captain Lee Mansell was named player of the month.

The 29-year-old scored four goals during March, including two at home to Bristol Rovers.

"Lee is the heartbeat of our team. He is someone we all look up to and latch on to," Ling said.

"He has been an inspirational leader and fully deserves the player of the month award. His goal return has been absolutely brilliant."