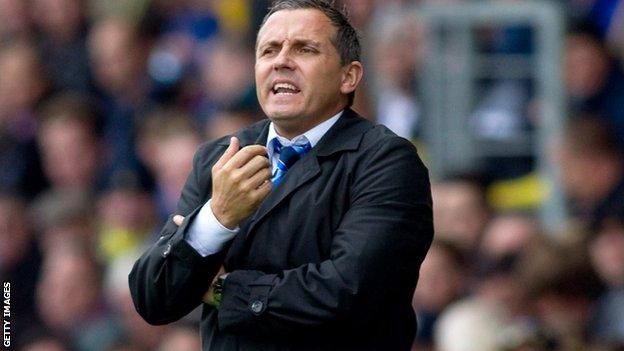 The 41-year-old has signed a deal at Kenilworth Road until the end of the 2013-14 season after Gary Brabin was sacked last week.

"We believe Paul is the right man, at the right time for Luton Town," said Hatters managing director Gary Sweet.

Buckle led Torquay to promotion from the Conference in 2009 and to last season's League Two play-off final.

He left the Gulls after the play-off final for Bristol Rovers, but was after a poor run of results.

"Paul's credentials and track record speaks for themselves. There are not many managers available that have promotion from the Conference on their CV but Paul is one of them," Sweet told the club website.

As a midfielder Buckle played more than 400 matches in a career that spanned 18 years and included spells at Brentford, Exeter City, Colchester United and Torquay.

After retiring as a player with Exeter in 2006 he became assistant to manager Paul Tisdale as the Grecians made the 2007 Conference play-off final where they lost to Morecambe.

That summer Buckle was installed as Torquay boss and laid the foundations for the side which is currently second in League Two.