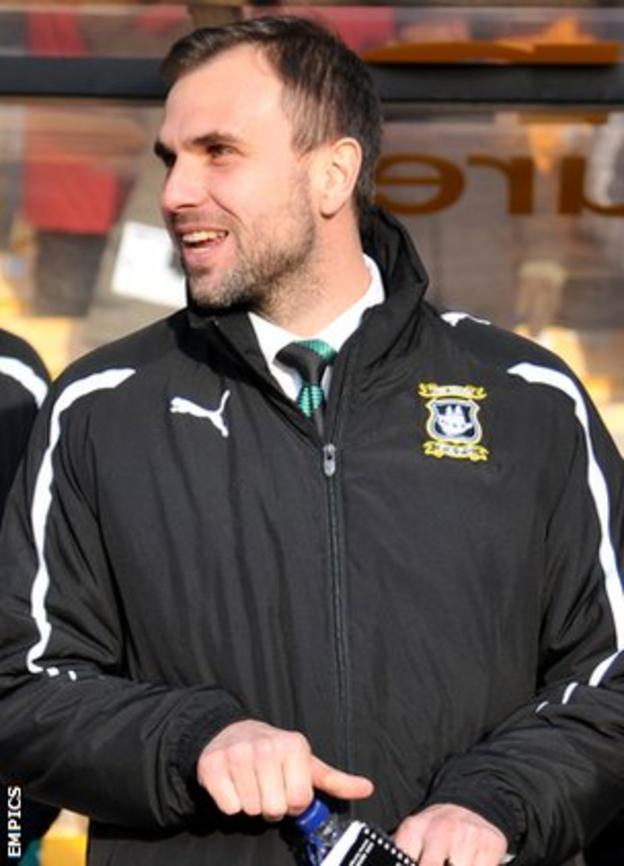 Plymouth Argyle manager Carl Fletcher says it shows how far his team has come that they are disappointed to have come away from Hereford with a draw.

The Pilgrims missed a host of chances in the 1-1 draw at Edgar Street to stay four points clear of the drop zone.

"It was a game that we needed to make sure we didn't get beaten," Fletcher told BBC Radio Devon.

"I think it shows how far we've come when we come away from a game unhappy that we've not won."

Simon Walton hit the post with a penalty while Nick Chadwick missed an open goal in the first half for Argyle as they let a first-half lead slip after Tom Barkhuizen got an equaliser for the Bulls early in the second half.

"We did well first half but we should have put the game out of sight really, but that's the way football goes," Fletcher added.

"Second half we were not so great but you're never going to play 90 minutes of brilliant football.

"I was disappointed that we didn't win the game because we felt we did enough."