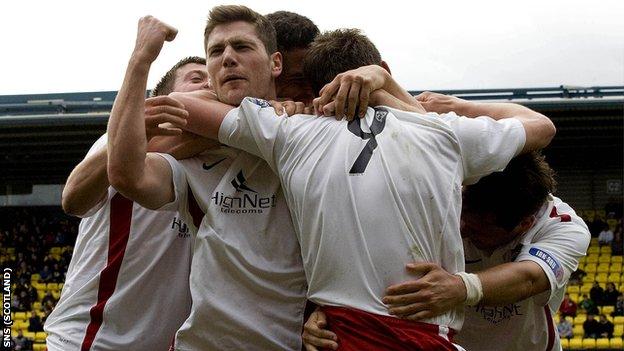 A Colin McMenamin brace helped Ross County to a win at Livingston that puts them within a point of promotion.

They were made to pay after 38 minutes when Michael Gardyne found McMenamin who crashed his header home from close range.

But Livingston equalised two minutes after the break, as Rory Boulding swept in a Robert Barr cross from 12 yards.

County restored their lead with 20 minutes to go thanks to McMenamin's second of the afternoon, slotting home Richard Brittain's cross for his 12th goal this season.

And the Staggies made sure of the points late on when McMenamin crossed for Iain Vigurs to volley in.