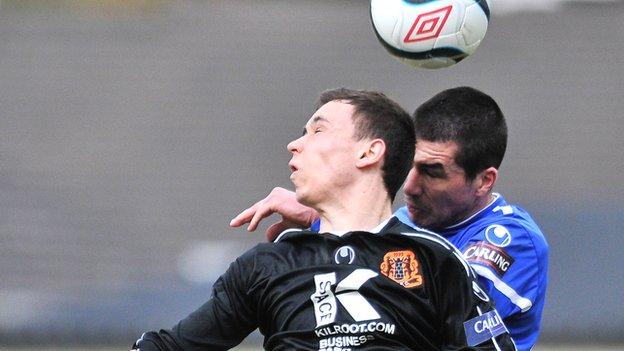 Carrick remain four points adrift at the bottom of the Premiership after a stalemate in the relegation showdown.

Carrick keeper Paul Murphy kept out a Sean Friars free-kick while Swifts midfielder Marc Brolly was stretchered off with an injury before half-time.

Dungannon pushed for a late winner but Michael Ward, Emmett Friars and Ryan O'Neill failed to find the net.