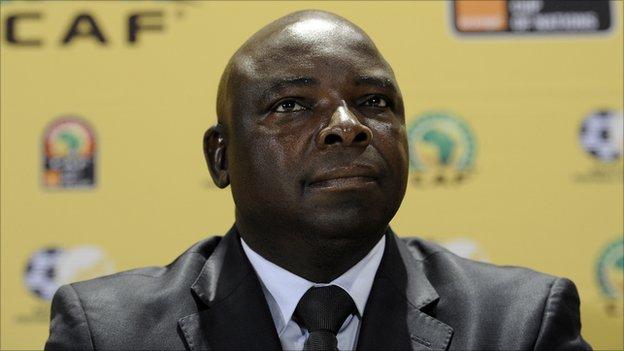 Changes may see the season switch from August-to-May to a calendar year.

This is to assist local clubs in African competition, but Nematandani says it can also help the national team at the Africa Cup of Nations finals.

"The players will be able to focus on the national team since they are on a break from the league," he said.

South Africa's Premier Soccer League (PSL) is considering making the switch in 2014, as it tries to find a way to improve the performances of local clubs in African competition.

Stanley Matthews, the CEO of the PSL, says South Africans teams are weakened by having to register players for Caf competitions in mid-January, which is in the middle of the local season.

"Our clubs are seriously disadvantaged because by the time they get to the group stages of the continental competitions, there are two (transfer) window periods that would have passed where some players have left," he told BBC Sport this week.

Even though no South African side has reached the group stages of the African Champions League since Orlando Pirates in 2006, the view is shared by a coach who has won four PSL championships.

"We've had problems in the past with registering new signings and having to replace players who leave during the off-season."

Igesund also believes that playing the season through the winter rather than the summer months will benefit local players.

"Playing in the summer months where temperatures in places like Durban and Polokwane, for example, can reach up to 40 degrees is also dangerous and the water breaks we have during each half doesn't really help," he said.

"In many cases the players can't play at their optimum level because it's simply too hot to do so but that problem could be alleviated by starting games a few hours later," he added.

Meanwhile, Nematandani was swift to dismiss concerns that it would be too cold to attend many games during the winter months, as many fans found while watching the 2010 World Cup.

For many matches at the first World Cup on African soil, visiting fans complained of being bitterly cold.

"It won't be an issue. During the World Cup, we went to matches in the night but in the PSL, the games will be played in the day (which is warmer)," Nematandani told BBC Sport.

While the South African FA chief believes finishing the season at the end of a calendar year can help the national side, PSL organisers have other reasons for changing the timing.

They believe that the league is disrupted by the six-week break which comes about every two years as a number of players leave to take part in the competition.

Igesund is not perturbed by the break, one which is scheduled to next take place in 2013 as South Africa itself hosts the finals.

"I don't think it will be as much of a problem for local fans if Bafana Bafana are involved because they will have an interest in the tournament," he said.

"I think it's nice for us to be aligned to the calendar of the European season because we have to keep in touch with modern trends in the game."

However, PSL officials believe this alignment counts little against improving the fortunes of South African clubs across the continent.

The last time a South African side won an African trophy was when Kaizer Chiefs lifted the Cup Winners Cup in 2001, while Orlando Pirates were the last team to be crowned African champions - way back in 1995.