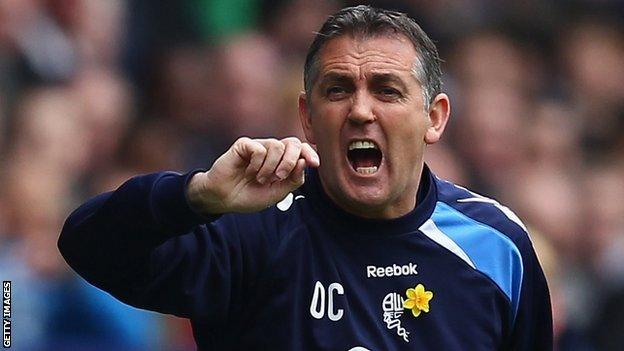 Bolton manager Owen Coyle said his team must take the criticism they deserve for a 3-0 home defeat by Fulham then pick themselves up for their next match against Newcastle.

Coyle said: "We'll take our medicine and criticism - rightly so - and pick ourselves and look to go to Newcastle [on Monday] and get a positive result.

"We have to be prepared to go again and that's what we'll look to do."

Bolton had won three Premier League games in a row prior to Saturday.

They had also been lifted by news of midfielder Fabrice Muamba's improving health, while boss Coyle had been rewarded with March's manager of the month award.

"Whether it was a game too far, who knows," said Coyle. "What I do know is that we have to play again in two days' time. We have to get ourselves up for that game.

"It is certainly not a particularly nice feeling at the moment, given that we were coming into a home game after three straight wins and were looking to open up a gap over our rivals.

"But it has happened to us before."

Bolton's cause was aided by defeats for fellow strugglers Wigan, who went down 2-1 at Chelsea and Blackburn, who were beaten 3-0 at West Brom.

Coyle added: "It's been similar to previous weeks, when teams have won and we have won. That's why it's such an intriguing league.

"I have said before that it will go right to the wire - both at the top and bottom - and that is why it is the best league in the world. We have not done ourselves justice in that league today."