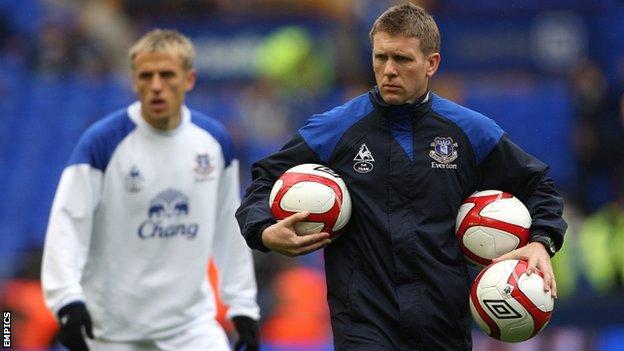 Round said: "Liverpool are favourites, they've got so many great players.

Both games at Wembley

Everton went ahead against a lacklustre Sunderland when Magaye Gueye netted his first Everton goal from a tight angle, before a late flurry added gloss to the scoreline.

Steven Pienaar curled in a beauty in the 75th minute, and 60 seconds later Leon Osman repeated the trick before substitute Victor Anichebe wrapped things up with a volley that took a big deflection off Jack Colback.

The result lifted Everton four points clear of Liverpool ahead of the Reds' clash with Blackburn on Tuesday, where they will be looking for only a second league win in 10 games.

Round does not feel the two sides' league form will have much impact next weekend at Wembley.

"You're better off being confident going into any game, of course," he said.

"But whether you've got momentum or not, I'm not sure it matters - it's all on the day.

"They've got so many great players and they're such a good football club with history and tradition, but we're a lot closer to them than we were.

"We've hit some great form and great credit to the chairman that he managed to recruit us some grade A players in January.

"That's given everybody a lift and it's put us on a run of form and gained us momentum. The other players have fed off that and their confidence has come through."