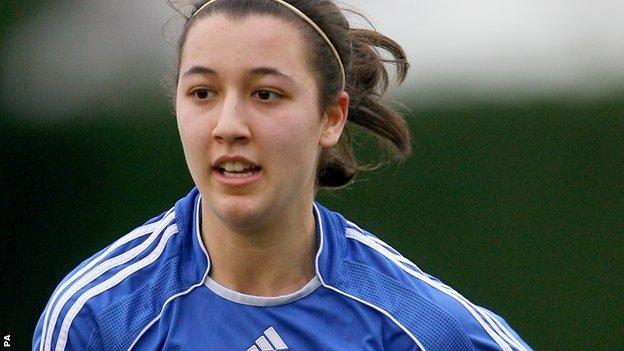 Belles took the lead through Alyssa Lagonia on 24 minutes after a Chelsea goalkeeping error, only for Helen Lander to equalise six minutes later.

In a game of few chances, midfielder Susi expertly volleyed in a cross from winger Claire Rafferty to give the Blues a deserved lead.

Deep in injury-time Susi secured the win with another well-taken strike.

The England midfielder, who was named player of the match, stood out in a game of little attacking creativity.