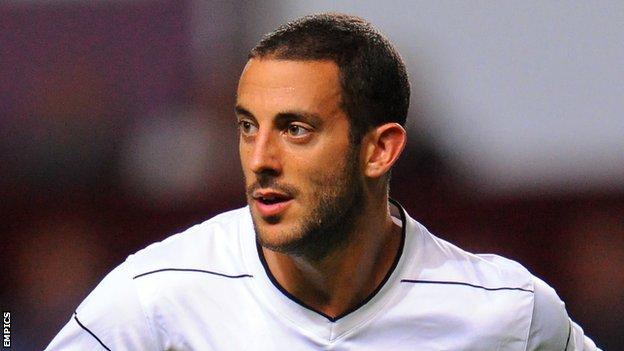 The Hatters took the lead in first-half injury-time when Fleetwood volleyed in from 12 yards.

The striker doubled the lead less than a minute after the restart with a drilled shot from inside the area.

Craig McAllister made sure of Luton's win by firing past Tom McNeil from 12 yards deep into injury time.

The win means Luton are now just two points below fifth-placed Kidderminster with a game in hand, and Paul Buckle's men play host to Harriers on Saturday.

Ebbsfleet, who are 14th in the table, only named four substitutes for the game.

"I'm absolutely thrilled. I thought the performance was fantastic.

"The players deserve all the credit and we've trained very, very hard.

"We're starting to look organised and aggressive, with and without the ball.

"And the fans are responding. This is a great place when it's loud like that."

"We've come to Luton and got a result in the past and could have got it today even though we were short of numbers.

"The goals weren't down to Luton being a great side, it was down to naivety and lack of aggression which was a problem.

"The two goals either side of half time killed us."