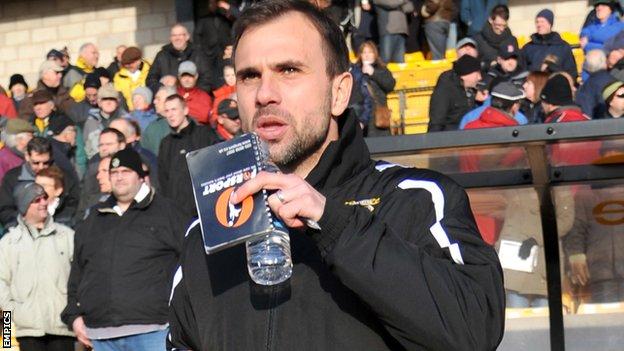 The Pilgrims now need just one more win to secure their Football League status after a tough year off the field.

"We didn't play well at all but I just don't care, we got the result and that's the main thing," Fletcher said.

"We got a bit of luck with the goal, but I don't care and I'm just pleased to get the win," he told BBC Devon.

Plymouth had to defend doggedly, especially in the second half as Aldershot had a number of chances and hit the woodwork.

"I said to the lads that if anyone questions their desire they'll have me to answer to because it was unbelievable.

"It was a great clean sheet, it was our third one-nil win at home on the spin.

"I'm delighted for the lads because they worked so hard and Aldershot couldn't have thrown much more at us," he added.