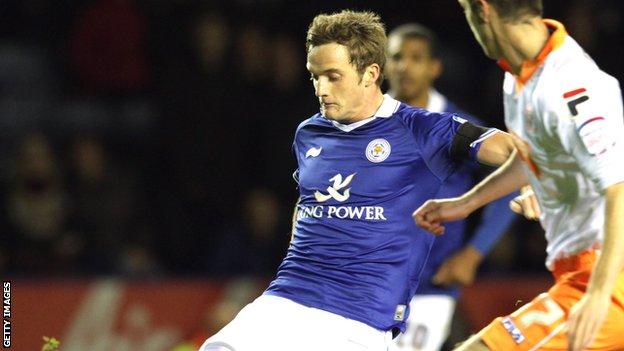 A 2-1 win at Ipswich has lifted Leicester to within three points of the Championship's top six.

We have always believed, even when things have gone against us

"We have always believed, even when things have gone against us," King told BBC Radio Leicester.

"The manager told us we probably need to win all our games and we've won two already. If we can keep that going then we'll get there."

The Foxes have a better goal difference than the other sides chasing the final play-off place, after a 4-0 victory over Doncaster.

"It was a big plus for us, scoring four against Doncaster," King added.

"That was another great performance, but we've got to keep going and finish with a flourish.

"With teams in the Championship it doesn't matter whether they've got something to play for or whether they haven't.

"It's all about us, if we play well we're more than capable."