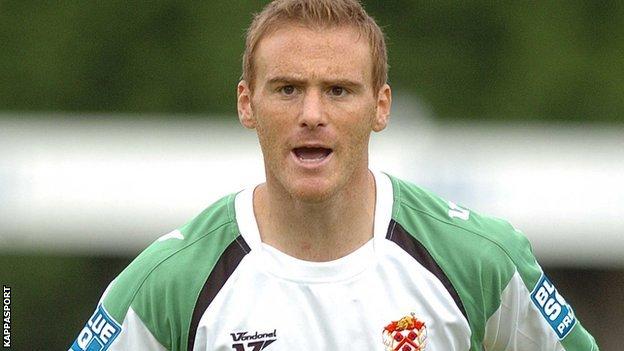 The 29-year-old helped the Poppies to the Blue Square Bet North title in 2007-08, but was released after a second spell with the club last summer.

Solkhon told BBC Northampton: "It's been mis-managed behind the scenes. They've overspent and brought in a lot of players on good money.

"Hopefully they can start with a clean slate and learn for seasons to come."

Kettering Town were relegated from the Blue Square Bet Premier after their 3-0 defeat to Mansfield.

The season had started with a move to the former home of Rushden & Diamonds, Nene Park, and the appointment of Morell Maison as manager.

"Nene Park is part of the problem at the moment," said Solkhon.

"You've got to use the facilities there wisely and it's not been used as it should have been.

"Fortunately, George Rolls has come in and saved the club from the winding-up petition. And the fans are very passionate and they've done their utmost to keep the club afloat."

Solkhon could face the Poppies in Conference North next season, as his current side Brackley Town are eight points clear at the top of the Evo-Stik Southern Premier.

"The manager has got us playing together, we've got a good team spirit and hard work has paid off.

"We've got a good basis for a good push next year and I don't see why we couldn't hold our own. [Manager] Jon Brady is focused on this season and getting promoted, but I'm sure he's got an eye on the players he wants to bring in."