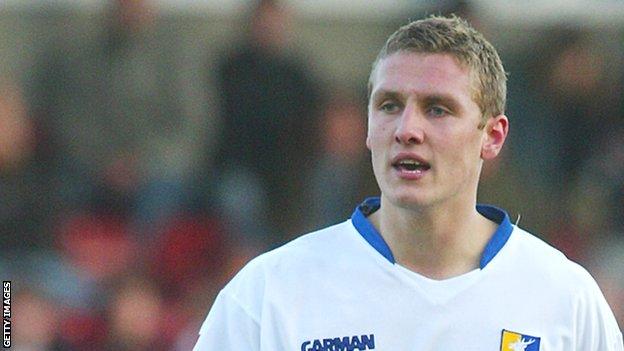 Mansfield Town defender Rhys Day is to retire from football at the end of the season.

The 29-year-old, who is currently in his second spell with Mansfield, was promoted with both Oxford United and Aldershot.

"My body can't do what it used to," Day told the club's website.

"I'm pleased to have had the career I've had. To have spent nearly 15 years in the game is something not many can say they've done."