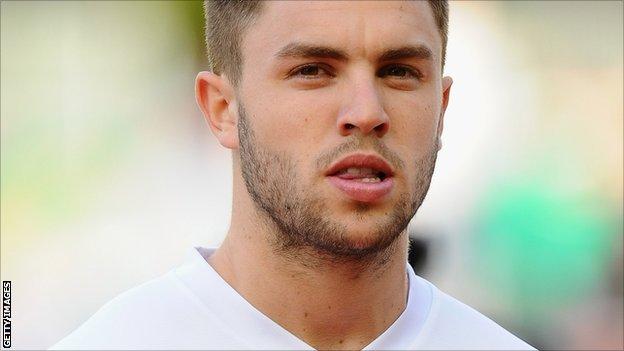 Burnley manager Eddie Howe has refused to rule out a move to sign Millwall's Josh McQuoid on a permanent deal.

McQuoid, who played under Howe at Bournemouth, is approaching the end of his loan spell at Turf Moor.

The 22-year-old netted the first goal in a 2-1 win against relegation-threatened Doncaster on Monday.

McQuoid's long-range volley set 12th-placed Burnley on the way to a 10th away win of the season.

"I was thinking 'Pass it!' but he's drawn his leg back and produced a great strike," said Howe.

"I think he's done well, not only for the goal, but his all-round contribution was very good and I think he can be pleased with his work."

Northern Ireland international McQuoid is under contract at Millwall for another two years but has struggled for first-team opportunities at the Den since securing a permanent move from Bournemouth in January 2011.

Howe also had praise for striker Charlie Austin, who scored his 16th goal of the season from the penalty spot at the Keepmoat Stadium.

"He had a fantastic start to the season and the partnership with Jay Rodriguez was outstanding," added Howe.

"He dislocated his shoulder, which was a huge blow to him and it took him a while to get his zip back and his confidence back.

"Now that he has, you can see what type of player he is. You can't have enough players contributing in front of goal.

"Jay is still to come back in and Martin Paterson has unfortunately had an injury-hit season. Danny Ings is having a really good end to the season as well, so I'm really pleased.

"You're only as good as your strikers and we've got some excellent ones."