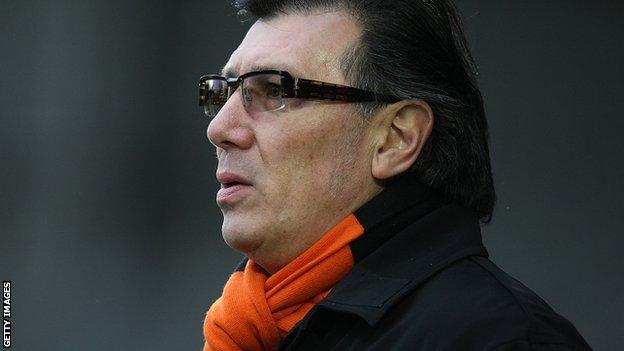 Barnet boss Lawrie Sanchez says his side's lack of goals is the main reason for their descent into the League Two relegation fight.

The Bees have only scored once in their last five games and are now three points above the drop zone.

He told BBC London 94.9: "What goes on between the goals doesn't mean anything. The only thing that counts is goals. You have to score.

"We haven't got them when we wanted them. That's why we are where we are."

Monday's 2-1 home reverse against Crawley means Barnet have only won one of their last 15 league games.

"I never for one moment thought this season might go down to the last game," the former Fulham and Northern Ireland manager continued.

"I do wonder what we have to do to win a match. I should be crying really.

"We were excellent and we lost. Again.

"It will come down to the Hereford game on Friday. It's a massive, massive game for this club."