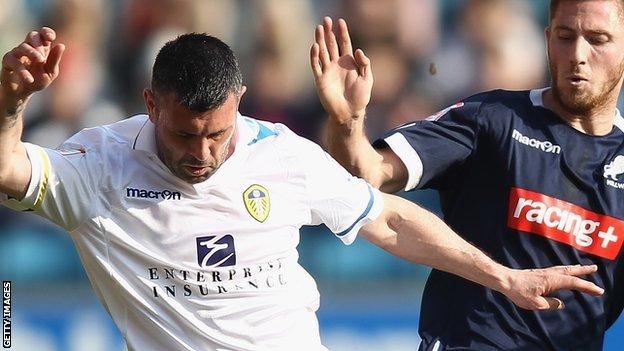 Leeds United have extended the loan deal of Bolton Wanderers full-back Paul Robinson until the end of the season.

Robinson, 33, joined the Championship side on an initial one-month deal in March and has so far made seven appearances for the club.

The Elland Road side are eight points off the play-offs with four games to go having lost their last three games.

Meanwhile, goalkeeper Paul Rachubka has extended his loan at Leyton Orient until the end of the season.