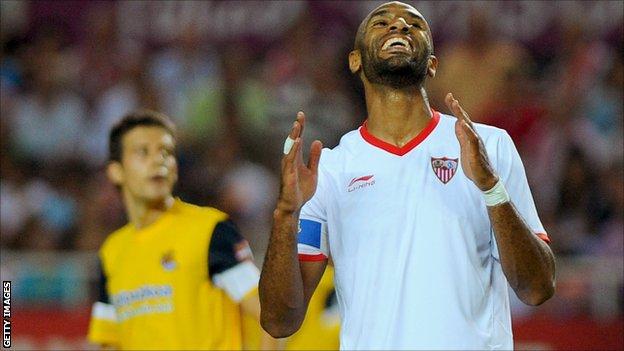 Frederic Kanoute is unlikely to play again this season after suffering an injury in Seville's 1-0 defeat by Athletic Bilbao on Sunday.

Scans confirmed the Mali international striker has a hamstring injury that will leave him sidelined for five to six weeks.

It may mean he has played his last game for Seville, with speculation mounting that he will leave in the summer.

The ex-Tottenham forward has been out of favour at Seville this season, largely starting from the bench and also suffering from injury problems.