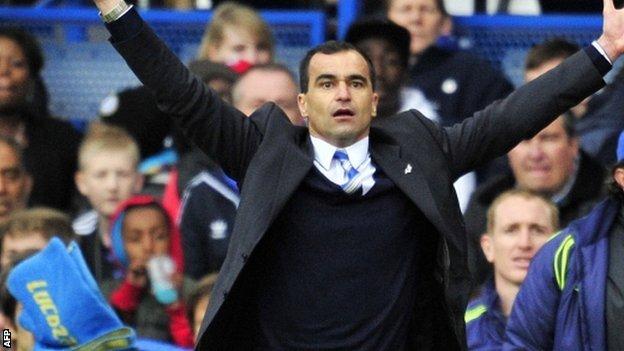 The Latics have lost all 14 league games they have played against Sir Alex Ferguson's men.

But Martinez is taking comfort from his side's away performances against Liverpool and Chelsea.

"Against Manchester United you have to be perfect and we know now we can be perfect against these sides," he said.

Last month the Latics beat Liverpool 2-1 at Anfield and were beaten in stoppage time by Chelsea last weekend, having been on the wrong end of some controversial refereeing decisions.

Wigan have a dismal record against the 19-time league champions, who have won the last five games between the sides by an aggregate score of 21-0.

But Martinez remains optimistic as his side try to pull out of the relegation zone.

"We have been able to play at a very good standard in the last nine games and that is what pleases me most," he added. "That shows the group is ready to compete against anyone.

"We are now facing the champions and the team most in form in the league. It is a great football occasion for us, that is why we want to be in this league."