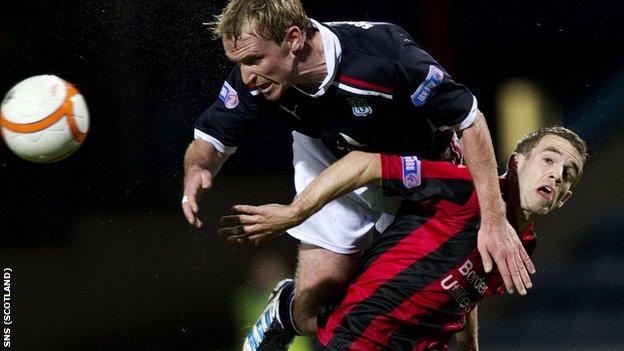 Dundee's failure to beat bottom of the league Queen of the South means that Ross County are Division One champions.

The Dingwall side travel to Ayr United tomorrow knowing they will be playing in the Scottish Premier League for the first time after a late Chris Higgins equaliser at Dens Park.

Stephen O'Donnell opened the scoring with a deflected strike from long range in the 53rd minute.

But Daniel Carmichael's cross was headed home by Higgins on 82 minutes.

The draw leaves Dundee 14 points behind the runaway leaders with four games left, while Ross County have five games remaining.