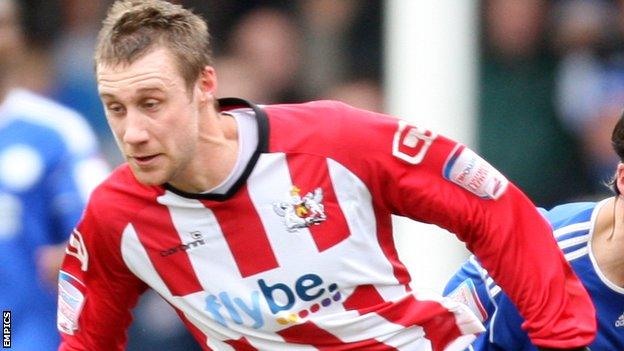 Exeter City captain David Noble promised his side will keep fighting as they bid to try and beat relegation from League One.

City must need to overturn an eight-point deficit with just 12 points left to play for after their 3-0 win over Leyton Orient on Monday.

"If we win our last four games that gets us to 50 points and in past years that's been good enough."

Noble admits that City's poor recent run has a lot to do with the current situation.

Monday's victory was Exeter's first in 10 games, and they took just two points from the previous nine matches as they slipped into the League One relegation zone.

"They have been massive games for us for the past month and that was the first one that we won and that's not been good enough for us," Noble said.

"But as long as it's mathematically possible we're just going to keep playing, if we can keep producing performances like that you never know."