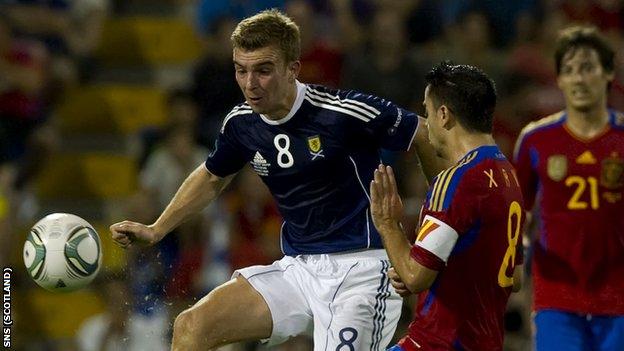 Scotland have climbed three places to 48th in the latest FIFA world rankings.

Spain remain top ahead of Germany with Uruguay third and the Netherlands dropping two places to fourth.

Craig Levein's Scotland side will play the United States in a friendly in Florida on 26 May.

The Scots then take on Australia at Easter Road in their final game before September's 2014 World Cup qualifiers.

Levein's men face the Socceroos in Edinburgh on Wednesday 15 August.