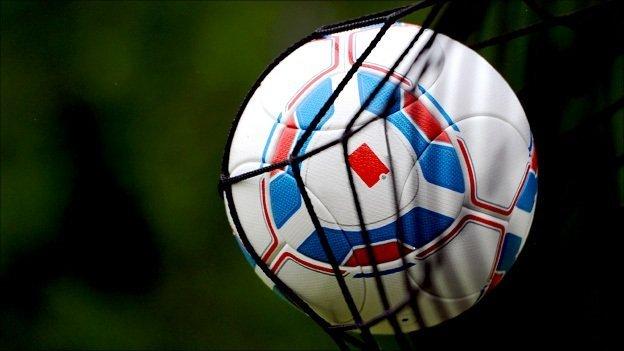 Thurrock manager Lee Goodwin says he will discuss his future at the club with chairman Tommy South at the end of the season.

Goodwin, who took the job in December 2011, was unable to keep the side in the Blue Square Bet South, with relegation confirmed over Easter.

He told BBC Essex: "Tommy (South) mentioned it (the future).

"I said I don't even want to discuss it until the end of the season. He might not even want me by then."

Thurrock were deep in trouble at the foot of the table when Goodwin took on the job, and they won just two matches under the former Dagenham & Redbridge defender.

And Goodwin added that he is eager to stay in the managerial game and believes Thurrock are in a strong position to bounce straight back.

"I spoke to (his former manager) John Still, and I said it's been very tough, but I love it.

"Whoever has the job next year has got a great crop of lads that will be more than capable of bouncing straight back up.

"It's just a matter now of trying to keep hold of them."