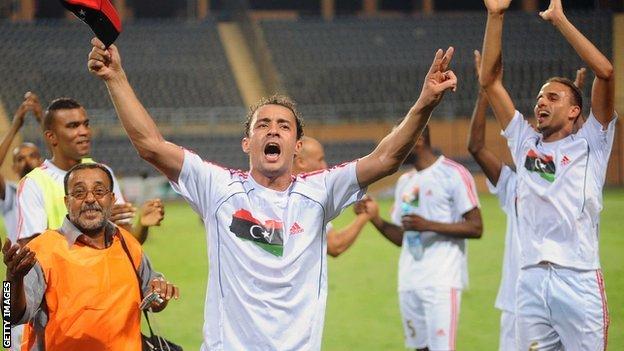 Libya have broken into the top 50 of the Fifa world rankings for the first time.

The Mediterranean Knights were given a ranking of 46, just two months after their first appearance at the Africa Cup of Nations since 1982.

Ivory Coast remain the top-ranked African side, unchanged in 15th place, while Ghana move up one spot to 22nd.

The Libyans move up nine positions from their previous ranking, as do Egypt, who are up to 55th in the world and eighth on the continent.

Libya exited the Nations Cup in Equatorial Guinea and Gabon at the group stage, but earned a creditable 2-1 win over Senegal and a 2-2 draw against eventual winners Zambia.

They face a two-legged play-off in September and October to qualify for the 2013 finals in South Africa.

World and European champions Spain continue to lead the global rankings as they prepare to defend their continental crown at Euro 2012.

Germany, meanwhile, move up to second, with Uruguay earning their highest-ever position, in third place.

The monthly rankings weigh all international matches over a rolling four-year cycle.