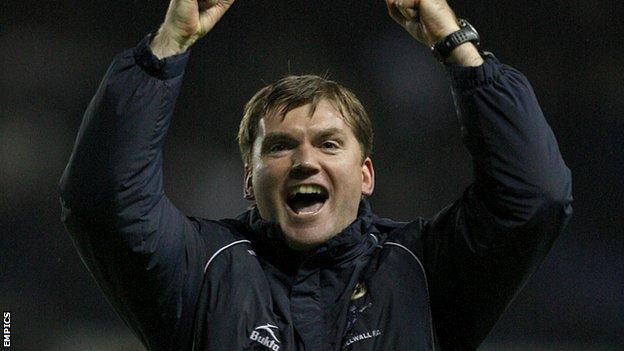 Millwall assistant manager Joe Gallen has praised his side after their 1-0 win at Portsmouth on Tuesday.

The Lions are now eight points clear of the Championship drop zone with four games left to play.

He told BBC London 94.9: "It's a terrific result for us. Portsmouth is an intimidating place.

"Even a point would hurt them in their bid to stay up. We thought we were good enough and to not concede and get three points is just what we needed."

He added: "To a man we concentrated well in what was a precarious game.

"We've grown in confidence and not conceded many chances. Added to that, the two up front can cause some problems and score goals. It's given us belief for the future."

Of the bottom three sides in the table only Coventry, in 22nd, can catch Millwall.

"I suppose you could say if we go to Coventry and don't lose then it looks like we'll be safe," Gallen continued.

"But first it's Leicester at home, then we'll take it on. We want to get on a run because we feel like we're in a false position."