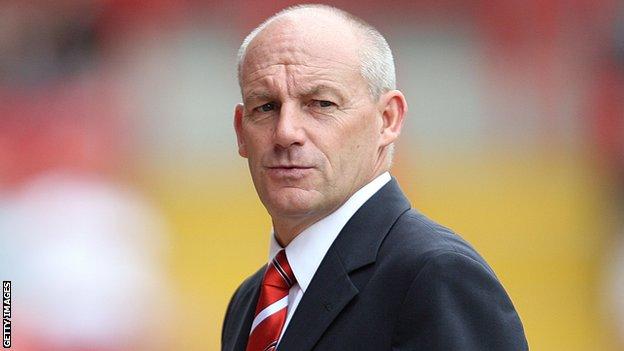 Crawley's newly-appointed director of football Steve Coppell says he would consider a return to management.

The former Reading boss resigned from his last post at Bristol City in 2010 after just four months in charge.

He told BBC Sussex: "You never lose your passion for football. You get disenchanted sometimes. Maybe that happened to me.

"I don't know [if there is a long-term future at the club]. It's not my decision. It's one for other people."

Coppell also revealed that he made contact with Crawley following the departure of manager Steve Evans to Rotherham on Monday.

"I didn't phone up looking to make this a career," the ex-Crystal Palace and Brighton manager continued.

"I phoned up and said 'Can I help?' I know people here and given the circumstances and a short period of time, it would be difficult to get a selected target to give support.

"I thought I could be of some assistance."

He continued: "If I didn't manage a football team it wouldn't be the end of the world. But I feel as if I've got something to contribute.

"The only way you can do that sometimes is by offering some expertise."

Coppell will remain at the Broadfield Stadium until the end of the season, when his role will be re-evaluated.

He continued: "I'm fortunate I've had a very good career as a player and a manager.

"I want to support Craig [Brewster, the caretaker-manager] and the players as much as I can from now until the end of the season."