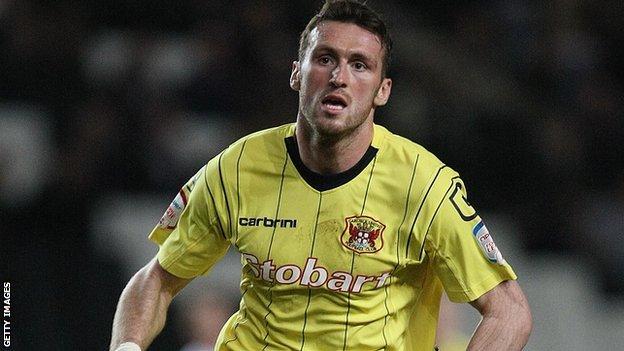 Carlisle United will be without Lee Miller and Chris Chantler as they push for a League One play-off place.

Scans revealed Miller, 28, who picked up a groin strain against Scunthorpe on Monday, and Chantler, 21, will not recover before the season's end.

Striker Miller has scored 15 goals this season, while Chantler has played a versatile role in defence and midfield.

The Cumbrians lie seventh in the table, with a game in hand on sixth-placed Notts County.