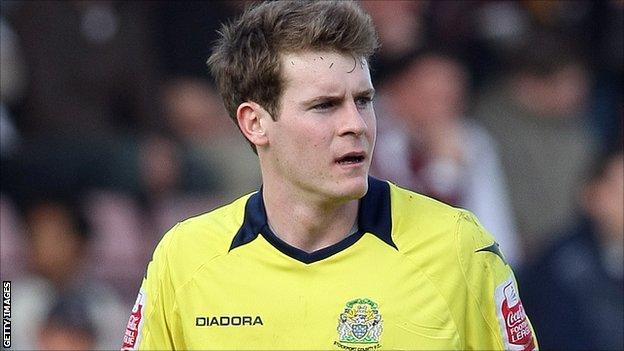 Owain Fon Williams has said Tranmere need a strong finish to the season after admitting the team were "not good enough" in their defeat at MK Dons.

The 25-year-old goalkeeper told BBC Radio Merseyside the relief of Saturday's home win over Stevenage contributed to a 3-0 loss on Monday.

"It was crucial to get the three points from the Stevenage game," he said.

"To get over the 50-point mark was a big relief because there's a bit of pressure if you leave it any later."

Fon Williams continued: "There's still lots to play for because the teams below will be creeping up to us.

"We've got to look at ourselves and the way we played, and whoever plays on Saturday (away at relegation-threatened Walsall) needs to do their job right to make sure we win the game."

Manager Ronnie Moore described some of his team's defending as "schoolboy" after seeing Rovers beaten for only the second time in the nine matches since his return to Prenton Park in March.

"I don't think we did any favours with the way we applied ourselves," said Fon Williams.

"We never really got going and they didn't really have to work hard for the goals. We gave them the three goals.

"It's just one of those days that happens sometimes in football. It's a kick in a teeth because the way we played wasn't good enough."