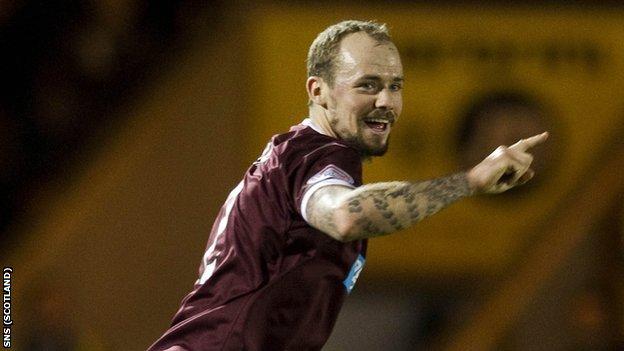 Hearts have confirmed Jamie Hamill will be sidelined for several months after rupturing his cruciate knee ligament.

The right-back suffered the injury during an indoor training session and scans later revealed the damage.

"It is bad news for Jamie as he has done his cruciate and he will be out for a long period," manager Paulo Sergio told the Hearts website.

"He is one of the guys who never missed a day's training and then this happens to him and I'm very sad for him."

The injury blow for the Edinburgh club comes ahead of Sunday's Scottish Cup semi-final against Celtic at Hampden.

"I have no doubt he will come back strongly as he is one of the strongest characters in our dressing room," added Sergio.

"I am sure he will recover sooner than anyone could imagine as he is a strong guy.

"We all feel sorry for him. We will give him all the support he needs to get through this and hopefully we can deliver a good result for him on Sunday."