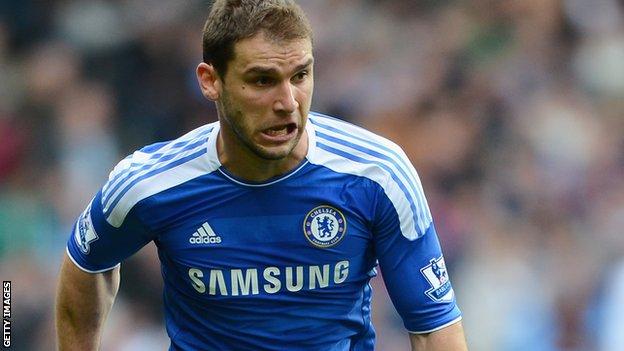 Chelsea defender Branislav Ivanovic will serve a three-match ban after being found guilty of violent conduct relating to Saturday's win over Wigan.

The Football Association charged the Serb on Tuesday after replays appeared to show him striking Shaun Maloney before Juan Mata's winning goal.

Ivanovic contested the charge but the FA's panel deemed he was guilty.

The 28-year-old will miss the club's next three games - including Sunday's FA Cup semi-final against Tottenham.

The FA was able to take retrospective action because referee Mike Jones and his fellow officials did not see the incident at the time.

As well as the Spurs game, Ivanovic will miss Chelsea's trip to Arsenal on 21 April and the visit of QPR eight days later.