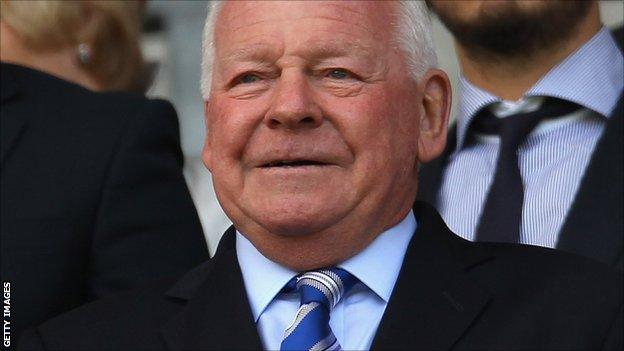 Wigan chairman Dave Whelan is confident that manager Roberto Martinez will remain at the club, even if they are relegated from the Premier League.

"I've always said Roberto will leave Wigan because he's destined for one of the big clubs in England or Europe," Whelan told BBC Radio Manchester.

"When that time comes and he wants to leave, I will support him. But at present, Roberto is glued to Wigan."

Shaun Maloney's second-half strike was enough to secure the club's first-ever win against United, having lost their previous 14 meetings.

"This, of all nights, is the one where we get a victory. It's unbelievable and fantastic for the town.

"It could be absolutely crucial because we should have got a point or three points at Chelsea. We were denied that by a very bad linesman, who got it totally wrong.

"We've really tried hard and we've played some super football. We played United off the park in the first half. We're all delighted."

Wigan face in-form Arsenal at the Emirates on Saturday, before completing the season with matches against Fulham, Newcastle, Blackburn and bottom club Wolves.

However Whelan insisted the season will end with the Latics preserving their Premier League place.

"We will not get relegated and we will not be going back in the bottom three," he said.

"The spirit in our camp is unbelievably high."