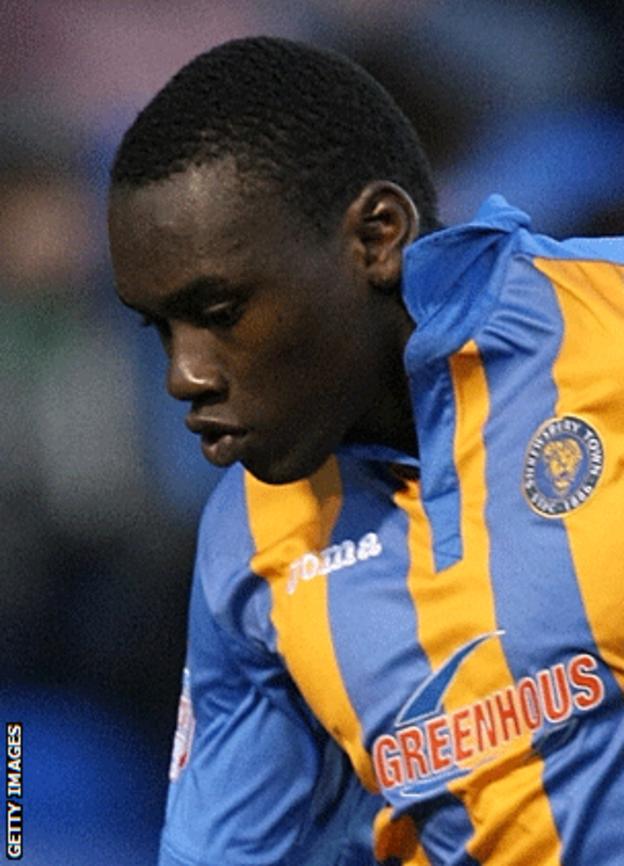 Jermaine Grandison has targeted going up to League One with Shrewsbury Town for the potential chance to prove himself to former club Coventry City.

The Sky Blues, at risk of going down to League One, loaned Grandison to Town last term, a deal later made permanent.

"It'd be good to come up against them," Grandison told BBC Radio Shropshire.

"There could be some big clubs in League One - Portsmouth, one of the Sheffields, Coventry are struggling in the Championship. I can't wait."

Young defender Grandison was just 21 when he signed on loan for Shrewsbury in January 2011, before later penning a two-and-a-half year contract on a free transfer.

He has impressed since his arrival, scoring two match-winning goals this season, against Southend - who at the time were top of League Two - and Bradford on Easter Monday.

"I've seen my relationship with the supporters really develop over my time here, and I love it," said Grandison.

"They've really brought me on, and I'm very happy here at Shrewsbury," he added.

"When I first came here I didn't think I'd be staying that long.

"But everyone's made me feel so welcome, I've become a better player, and now it's home."