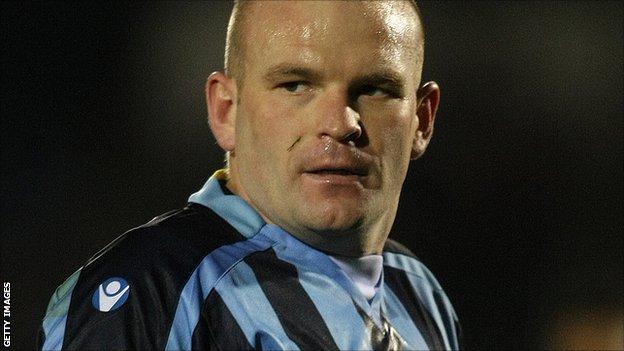 Tranmere midfielder Andy Robinson would like to sign a new deal at Rovers when his contract ends this season.

The 32-year-old told BBC Radio Merseyside that he wants to stay at Prenton Park, even with the future of manager Ronnie Moore still uncertain.

"It's about how you perform, regardless of who the manager is," said Robinson.

"I love it here, it's my home now. I've been away a long, long time in football and it's nice to be playing at home where I'm enjoying my football."

Moore was appointed as Rovers manager in March on a deal until the end of the season.

And the former Rotherham boss has turned their fortunes around, winning five of his nine games in charge and guiding the club to 13th position in League One.

"The players want the gaffer to be in place for next season," said Robinson, who began his Football League career with Tranmere and has also played for Swansea and Leeds. "The turnaround has been magnificent.

"He hasn't brought many players in so it's still the same squad that Les Parry had. He's just installed a little bit of belief in the boys when we needed it and we're enjoying our football again."