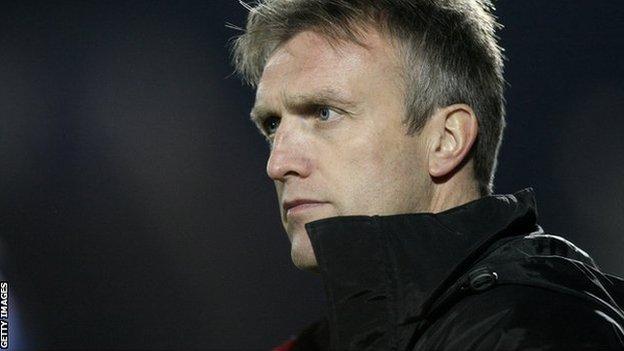 Crewe Alexandra manager Steve Davis admits that the support of their excited fans is playing a big part in his side's League Two promotion push.

Going into Saturday's Cheshire derby at Macclesfield, an unbeaten 12-game run has lifted the Alex to eighth, level on points with seventh-placed Oxford.

"The fans have really got behind us and that's a massive factor," said Davis.

"We can't do it on our own. The supporters are the biggest help when players aren't doing well and the team's having a hard time. And the last six games in particular they've been great. That's been a key factor in our run."

The Alex have not got their best record against their Cheshire neighbours, having won just one of their previous five league meetings between the two sides.

The most recent was a 1-0 home defeat by Macc in October, just prior to the four-game losing run which accompanied Davis taking over from Gradi in mid-November.

But a sell-out away following at the Moss Rose should prove an inspration as Crewe look for all three points against a Macclesfield side urgently needing to win themselves to escape the League Two relegation zone.

"They'll be looking away to their right as they run out," said Davis. "And they'll see a terrace full of red shirts. People waiting in hope, which is what we've given them.

"It's a tough game because it's a derby and they're a big side but we'll go there in a positive frame of mind."

Alex expect to be unchanged, although full-back Matt Tootle is added to Davis's squad after missing Crewe's last three games due to illness.